In part 2 of this blog series Java 11 was successfully installed on a PI.

And in part 4 a running Java FX jar was generated on a PC.

Time to move back to the PI…

Make sure you have a the Liberica Java JDK installed as described in part 2 as JavaFX is not part of the “normal” Java JDK.

As JavaFX is part of LibericaJDK, our start script becomes a lot easier as we don’t need to provide the module settings: 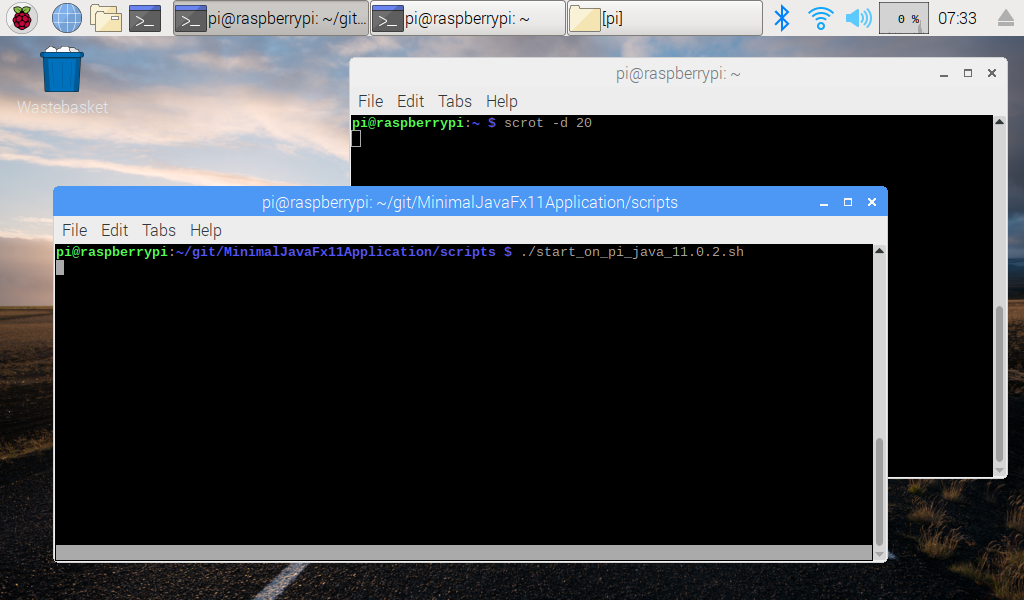 But this is what is actually on the screen:

We can run the minimal JavaFX jar from the previous blog post with the Java JDK of BellSoft which includes JavaFX.

One step left now… A more extended JavaFX application which is also able to toggle a GPIO. Some more challenges ahead ;-)