Many long years ago, so long ago it was even an other century, I started experimenting with website coding with Microsoft Frontpage. Only a few weeks later I already realized this was a really bad tool and switched to Adobe Dreamweaver, still one of my favourite HTML editors.

The problem with Frontpage was the enormous amount of dirty and unnecessary code that it automatically added to your webpages.

With Microsofts Visual Studio I still have the feeling that it produces too much code. Apparantly if they can choose between different approaches in Redmond, they take the one with the most code. I can only guess that it’s an inheritance of the time when coders where paid per line of code …

And tonight my frustration has hit the roof when my cousin of 15 showed the work he was doing for school with Microsoft Script Editor. It should have been a simple piece of javascript, but it was the most messy code I had seen in a long time. And worst of all, it only seems to work in Internet Explorer and not in Webkit browsers… It’s such a shame they have to use these kind of tools in school. Even a simple and free text editor like Notepad++ would be a better thing to use.

For me good code is a beautiful piece of art, so you will understand my frustration to see things like this. This new generation of coders who are eager to learn and experiment, need a better start… 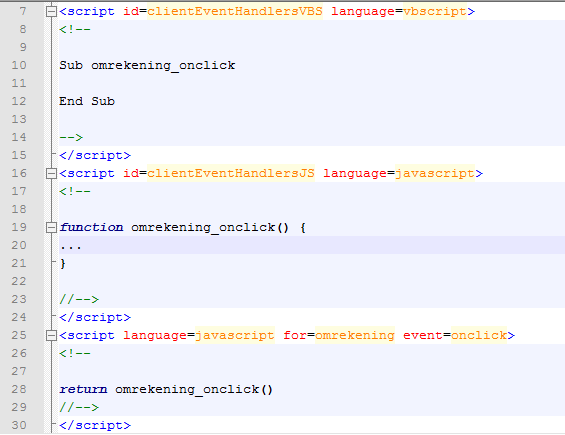